Shame is a complicated emotion that is felt by someone who feels they have done wrong or aren’t good enough. This can come after doing something that others see as shameful and can even be felt when things are totally out of your control. When it is caused by trauma, it can bear a huge burden that will last a lifetime if not dealt with.

Being ashamed is feeling this low point of self-esteem and can leave you feeling worthless and like there is no hope for you. This is damaging to self-esteem, unless you can recover from it. Keep reading to learn more about how you can deal with shame caused by trauma. 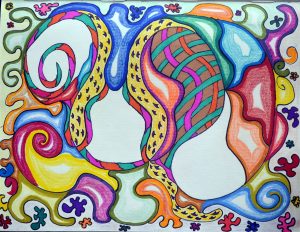 Shame is a low feeling of self-consciousness that has varied effects on your emotional well-being. It’s a feeling of guilt, not being enough, or feeling like you don’t belong somewhere.

These feelings cause low self-esteem, low self-respect, and constant feelings of insecurity. When shame is caused by trauma, it is a much deeper experience that really hinders the development of healthy self-esteem.

Throughout my young life, I experienced sexual abuse and, during adolescence, fear of becoming pregnant by my abuser. This was heightened after it happened to one of my schoolmates.

My final trauma came when I was 19, in the outback of Australia, away from civilization, and being raped daily for over three weeks. It took years to understand that perpetrators, who, in my opinion, had also been sexually abused.

Signs of Shame That Is Caused By Trauma

Most people, when they feel humiliated, can have physical systems like, red face, squeeze the stomach, run, hide, lash out. However, most sexual abuse victims become very good at shutting down their physical bodies and energetically disappearing as a coping mechanism.

My initial response was always from anger, and that still occurs today. When I traced it back, I found out that it is a lack of acceptance. It became a vicious cycle because I became frustrated with my family members not understanding me. I didn’t even understand myself. I felt something was wrong with me.

This lack of self-esteem spurred lots of negative behaviour. I became a workaholic who felt safer burying myself in work, instead of having to deal with people. I was an entrepreneur, happier working 24/7 for myself than working a 40-hour week for a boss.

How Trauma-Caused Shame Affects Your Life

Looking back, I spent most of my life disconnected because of the refusal to accept my traumas. I got stuck in a frozen place of chaos, and rage. As a child, I would not go near a man. However, as I grew up, things changed.

Whenever life did not go my way, or I crossed a person who went strictly by the book, my temporary calm became unhooked, and this chaotic abusive energy would rise to the surface, asking for my attention.

Since I did not understand any of it and disliked these horrible feelings, I buried them deeper and deeper into my inner core. Even today, awareness is a hard act to master, but healing is an ongoing process that I’m committed to until the end.

How to Heal From Shame Caused By Trauma

I had buried my original trauma under layers of shame and other negative emotions for 50 years. However, through therapy and a newly developed sense of spirituality, I could set myself free for the first time in a long time. Healing from the trauma itself will take a lot of work, but it is the only way you will relieve yourself of the burden of shame that you’re under. To heal, you first need to acknowledge it.

This is followed by acceptance, which will be the hardest part of your healing journey. Acceptance doesn’t mean that you “get over it” and act as if nothing ever happened. Acceptance is the acknowledgment of your trauma. It’s a peaceful state of accepting that it has happened and that you can heal from it. Once you have accepted the trauma, the healing begins.

It is a long road to being healed, as you can see from my journey. But you and I both know that is it a journey well worth taking. In taking this step to healing yourself, you’re moving toward a better life. If you need help taking that first step, contact me to learn how my Healing Methods can help you.

← The Truth About Self-Blame